What is new in the Flutter app development framework?
Posted on 19 Feb, 2020
Mobile Applications Web Applications 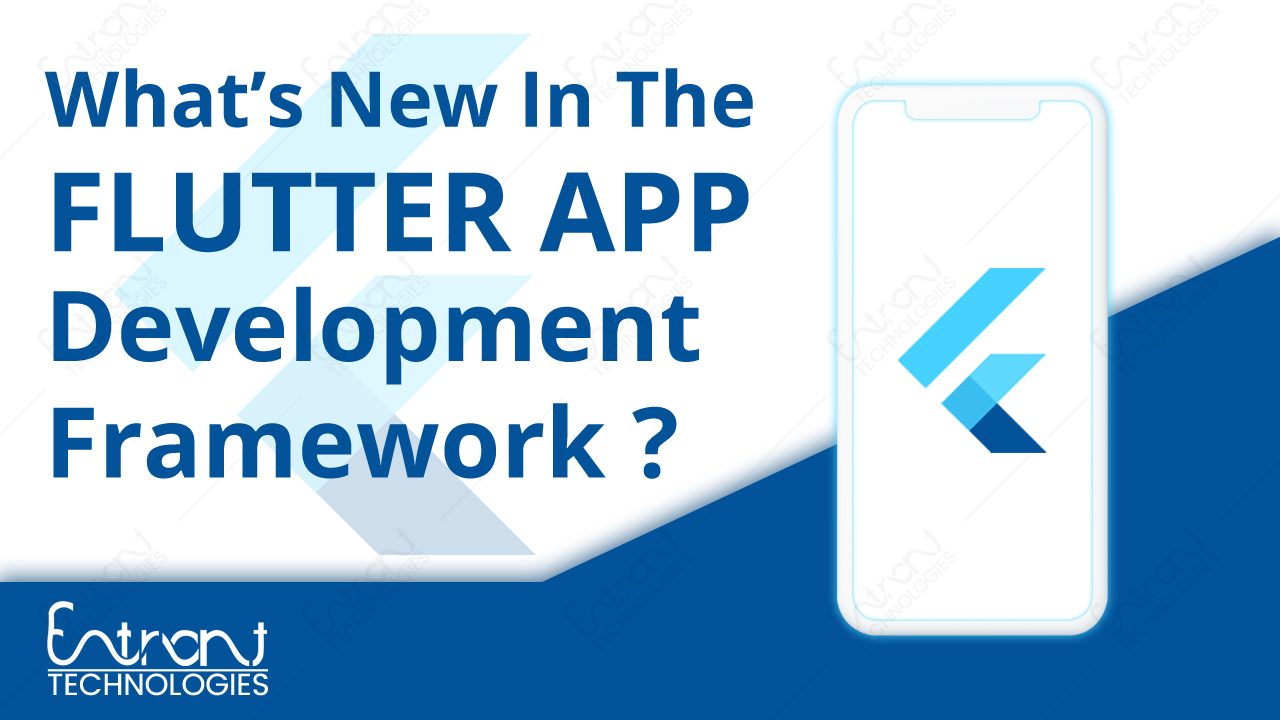 Flutter is the SDK (software development kit) which was being introduced by Google company. Today it is considered as one of the most lucrative technology for the development of world-class apps. It is the open-source cross-platform app development framework that is utilized for creating apps for both the android as well as iOS. There is no need to create the app separately for distinct platforms. The developer can create the app just once and utilize the single code base for other apps on all different platforms too.  The Flutter facilitates the highly smooth as well as easy cross-platform mobile app development. This toolkit has been helping the companies from all across the globe to create next generation apps that are highly expressive, flexible and also imparts the delightful experience to the end-users.

In the year 2019, Google announced the launch of Flutter 1.9 version and also Dart programming language 2.5 updates with a range of innovative features. This new version actually marks the most significant of the milestone.

Are you still untouched with all the latest and innovative features of Flutter 1.9, then here is a quick look. Well, this Flutter update is all set to support iOS 13 & macOS Catalina. There is also a big list of improvements which have been introduced in this new feature. There is the addition of advanced tooling feature, new material widget along with the incorporation of innovative features in Dart programming, Flutter1.9 is actually one of the most massive of the update till now.

Some of the new and interesting features of Google’s latest Flutter1.9 version

Let’s have a closer look at the new and interesting features of Google’s latest Flutter1.9 version

Earlier it was difficult for Flutter app development company to create web applications using this framework. But the latest version of Flutter1.9 can now have a unified repository. This makes it possible for the developers to create applications for smartphones, desktops and also the web through utilizing the same codebase.

2. Support of innovative set of widgets

The latest Flutter update imparts a comprehensive set of innovative features and also material components which makes the entire process of web app development quite fast and easy. Looking at material, it is actually one of the leading open-source design systems and provides a flexible set of building blocks for the implementation of highly interactive user experience across a variety of platforms.

This new version now goes completely linguist by extending the support to twenty-four of the languages from all over the world. This is an exciting add on which was completely missing in the earlier feature. This time it is adding support for 24 of the languages ranging from Afrikaans to the Zulu. Well, this is something extremely exciting that was not present in the earlier version.

With the release of the latest update of Flutter, all the newest projects actually default to Swift and not to the Objective-C and Kotlin.  Since the majority of the packages are being written in Swift which made it earlier as the only default option, but now there is no need to add the packages which were being written with the Swift to applications. Apart from the improvement in ToolChain, app developers can also revert towards the Objective-C or Java. The Google company is also working on the improvement in error messages in this framework for making it much more concise, actionable and also readable.

5. Support the latest version of macOS

Since the Apple company is now coming up with the latest version of macOS, Catalina, Google makes sure that the new version of Flutter is all set to support this new update. The Google company recently revealed that it has updated the end to end of tooling experience for ensuring that the version works very well with the Catalina and also Xcode 11. The Flutter1.9 has additional support for the latest Xcode build systems. This facilitated the 64-bit support all throughout the flutter toolchain and also leads to the simplification of platform dependencies.

Flutter is one of the revolutionary steps in the world of app development. This framework imparts reactive views without the creation of a bridge between Java and also native code. Today Flutter framework has become quite an easy and also productive tactic for the creation of world-class mobile apps. It facilitates the app developers to create beautiful and native apps for mobile, web and also for desktop using a single codebase.

A single codebase leads to extremely smooth performance and also eliminated the requirement of distinct applications for both android and iOS. This is beneficial not only for the Flutter app development service providers but even for the users who have a much better experience. The recent update incorporates a range of innovative features which makes it an amazing cross-platform framework. It has already proved its high-end popularity and has gained a remarkable position in the market.

The best Flutter app development company and its developers enjoy the entire development procedure and also the final product. The Flutter provides an extremely unified experience by reducing the time and efforts which is required to be spent and it also mitigates the risk of errors. The app developers create Flutter apps through the utilization of the customization abilities of the platform and ease of uniqueness. It is due to the unique features and power of customization that the Flutter application development framework possesses a constantly growing fan base.