Laravel Development Has Some Important Tools To Be Considered?
Posted on 19 Feb, 2020
Web Applications 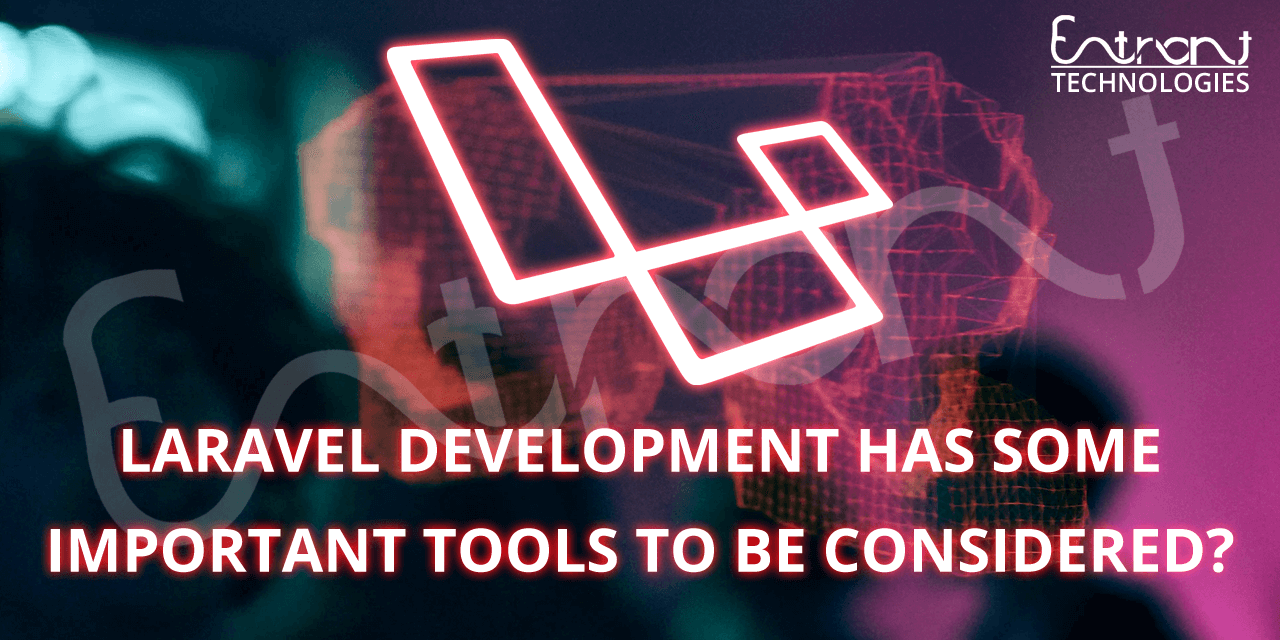 The Laravel is extremely popular in the framework among the developer’s community. It is distinctive due to the elegant syntax and is also expressive. The leading Laravel development company is utilizing the framework for the enhancement of the project by making it much more customized. A few of the features of this framework like authentication, routing and also catching can be done much easier in comparison to the others.

Here is a list of few of the most useful tools for the Laravel development company:

This is the coolest IDE (Integrated development Environment) which actually collides with the framework in an extremely suitable manner. Its running takes place in a smooth way through the assistance of the smart code navigation. There are also certain specialized factors that are being involved in the criteria like it facilitates the fast and safest of refactoring, convenient debugging, testing and also the code format that is well organized.

Both of these provide GIT solutions and are similar to one another. Depending upon the structure of the project and the unique needs, you have to select one from the two. When you want to develop the small of the enterprise by utilizing the Laravel framework then it is advisable to utilize the BitBucket. With its help, you can just avoid sharing the code repositories too.  There are a limited number of collaborators that can be availed and the developer can have the private repository BitBucket which is an effective option as well. All the plans of the BitBucket impart unlimited access to the private repository and at the same time, it facilitates the maximum of five of the collaborators in the free plan.

This is actually the controlled version of the database itself and facilitates the team to modify and share the database schema application. It is being generally paired up with the Lrav3l’s schema builder so as to enable the database schema of the application to be built up.  If there is a requirement to add the column towards the local database manually and you are facing any sort of issues, then the migration can fix up the problem.

It is the procedure that is based on the addition of the role-based permission in the Laravel framework. There are four of the tables named as role, role user, permission and permission role is comprises of.  Under these categories, there are roles that are being set up at varying levels. It works on the other models as well as the user, soft deleting, short syntax router filter and also route filter.

This is another crucial tool that is being needed by the developers who are into the Laravel development services.  It develops the backup of the files that are in the application.  It provides the zip file in means of the backup as well. It comprises all the files in directories that the user have already specified and the dumps of the database within the project directory.  One of the best features of this tool is that the backup can actually be stored within any of the file systems.

This is quite a famous of the Laravel framework that is meant for the creation of the seamless ways for handling the authentication in terms of facilitating the users to login to the account through social networking platforms.

The majority of the applications need a security gateway for ensuring all the details of users with a high level of care. Thus there are procedures that are being followed for verifying the web applications, like email verification, mobile code verification, and few more things. The user verification imparts the extremely convenient of the tactics to send and also verify the data of users. In this, a verification link will actually be sent to the user on his/her email that is being registered or to the contact number for the confirmation.

The Laravel programmers have already developed quite a diverse of the resource list that has enormous of extremely powerful tools for the creation of the faster code. The Laravel web development company has developed a toolkit that is full of the resources and would prove to be extremely useful for the developers who want to brush up the Laravel skills. By utilizing the tools, you can make your app look good. It also imparts the developer the capability to create any sort of application with immense ease.