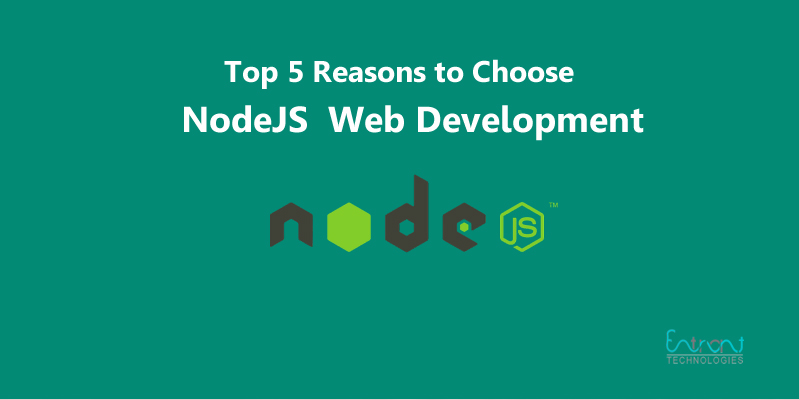 The NodeJS is fast, highly efficient and scalable of the webserver for its usage in web applications

Many development platforms are in demand these days but it is the Node.js which is catching the attention of all over the world. In fact, its increasing popularity has transformed the face of web development. The NodeJS is fast, highly efficient and scalable of the webserver for its usage in the web applications. A few years back it was almost impossible to do the things which can easily be done now through the assistance of JavaScript. The NodeJS is actually the JavaScript runtime environment itself which is being developed on the V8 JavaScript engine of Chrome. It is packed with the features which have enabled them to become the top choice for the creation of the web servers and the networking tools. The reasons why it is one of the most preferred among the JS developers are cited below:

Since it utilizes the V8 engine developed by Google, it is being written in JavaScript and possesses quite an exception to the running speed. Another good thing about the NodeJS is that it makes code running quite faster. Therefore it is capable of running the speed of any of the framework. The developers are not required to write the program in a correct manner and the Node.js actually adheres to the steps which are prescribed.

This web development platform is actually proving its worth too as the game-changing technology. With the help of it, the developers are not capable of writing the JavaScript server side as well as the client side coding. Thus now it is easy to send and also to synchronize the data in between two of the points automatically.

It facilitates the users to create real-time web applications at a lightning speed itself. It is equivalent to the time which is being needed to make quite a simple of the blog in the PHP only. Thus NodeJS is extremely supportive when it comes to the creation of multi-user and real-time chat and gaming apps.

It is actually the programming language and the web-based apps have been utilized on the client. Utilizing the same kind of language means now the developer is in the position to utilize the knowledge of the JavaScript on the client as well as the server side.

The NodeJS is actually the single threaded of the JavaScript runtime. It provides the non-blocking of the event-driven I/O. This enables it to work in a rapid and flawless the manner. It also steps over the thread based networking too and imparts the seamless of the networking applications. This framework is capable of optimizing the application data and also decreases the occupied storage space thereby boosting the speed to the extent of 20 times faster.